STRIA South-Transdanubian Regional Innovation Agency Nonprofit Ltd. organised a stakeholder meeting within the framework of the Medtech4 Europe project. As the part of the second phase of the project, the online seminar was held on 30 April 2021 with the participation of stakeholders.

The main topics were the action plan and pilot action proposed by STRIA. 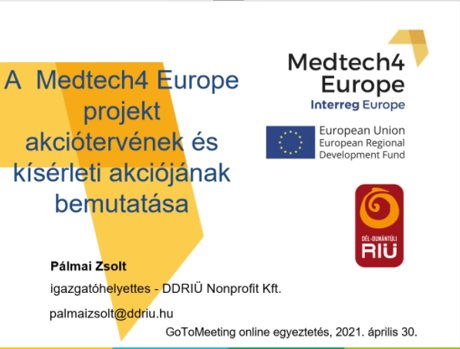 The event was opened by Deputy Director Zsolt Pálmai (STRIA). He presented shortly the previously assigned agenda then he demonstrated the aims of the project, background information and the partners.  Following the short reminder, he introduced STRIA’s action plan, which consists two action and a (third) pilot action:

During the presentation of the action plans, the used good practices, activities and their relevance and costs were stated. 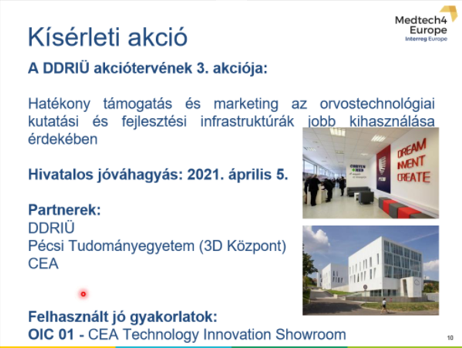 The partners discussed their views on the actions presented.

More information about the project: https://www.interregeurope.eu/medtech4europe/