On 29 April 2021, the 6th Steering Committee meeting of the Regions 4Food Interreg Europe project was held online. The event was attended by all seven partners, including the staff of the South Transdanubian Regional Innovation Agency Nonprofit Ltd. (hereinafter: STRIA).

After a short welcome speech, the lead partner of the project, the Regional Ministry of Agriculture, Fisheries and Rural Development of Government of Andalusia, summarised the events of the last six semesters and the planned programmes for the seventh semester, which was added as an extension. This was followed by the financial and implementation summary.

The partners then discussed the results of the mid-term review, which the lead partner had previously discussed with the Joint Secretariat. They also discussed in detail the tasks to be undertaken in the future and prepared budget plans to ensure the success of the project implementation. The deadline for the submission of the Action Plan has also been postponed to the 7th semester compared to the original plan, allowing more time for its finalisation and refinement and the formal requirements of the document were also discussed. 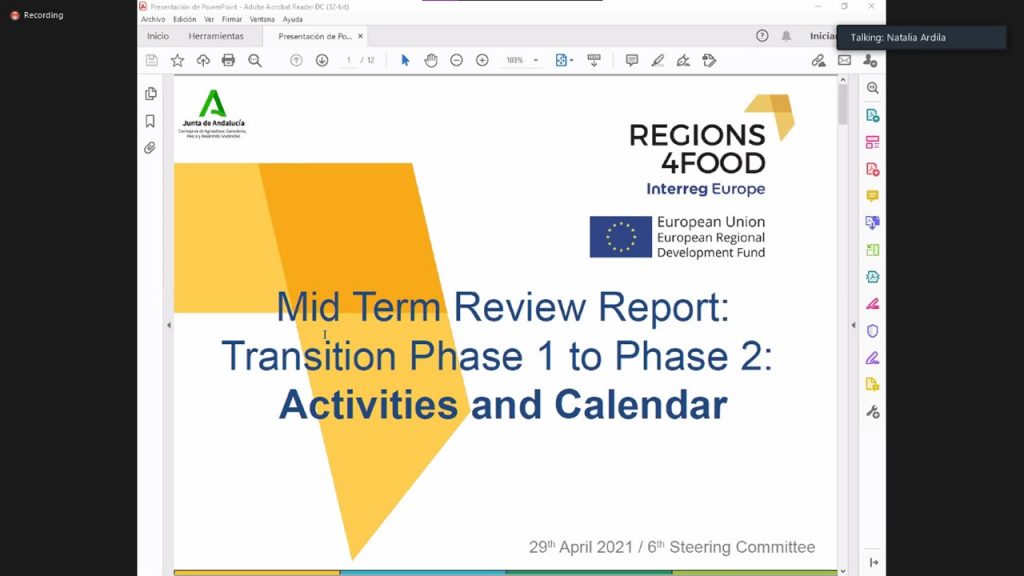 In the second half of the event, the partners reviewed the strategic recommendations, the second draft of which had already been presented by the STRIA earlier. The lead partner presented the recommendations and the next steps for their further development. 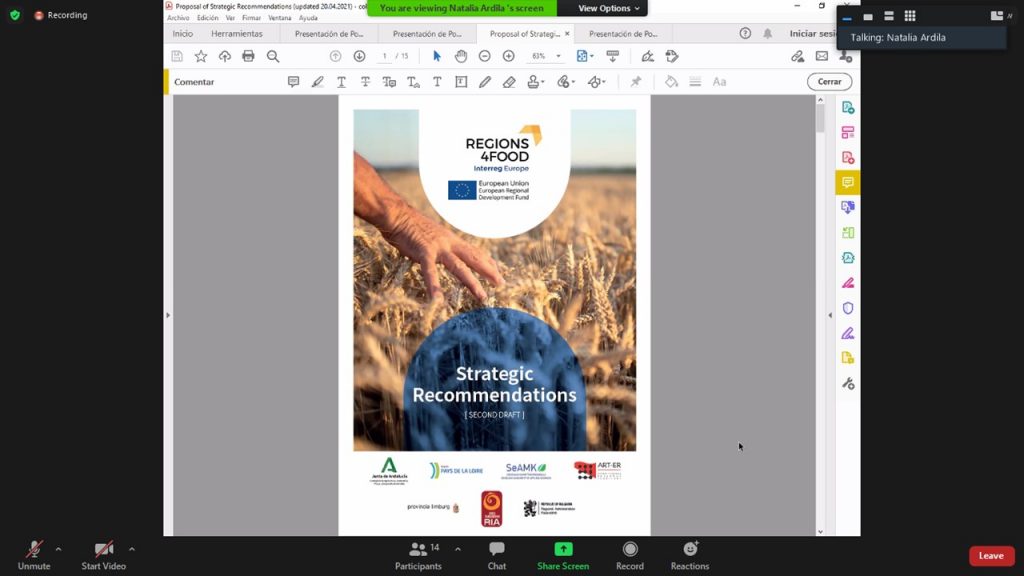 Finally, the partners held preliminary discussions on the organisation of the final event. It is hoped that the control of the Covid-19 outbreak will be successful, so the Dutch partner will be able to organise this event in person and live.