How to create a good Action Plan? – Online workshop in the frame of the FRiDGE project

Mr. Balázs Kiss, the managing director of TCDA, opened the meeting with a short greeting and described the program of the event. In the first half of the event, two partners of the Regions 4Food project, representatives of the Hungarian STRIA and the Finnish Seinajoki University of Applied Sciences  (SeAMK), reported on their experiences. Mr. Zsolt Pálmai, the deputy director of STRIA was the first to give a presentation, in which he described the tasks they faced during the entire action planning process. Among other things, he spoke about the policies that STRIA would like to influence, the needs and obstacles identified, and mentioned the good practices used and the peer review processes. Ms. Soila Huhtaluhta from SeAMK presented their experience with Regions 4Food action planning. 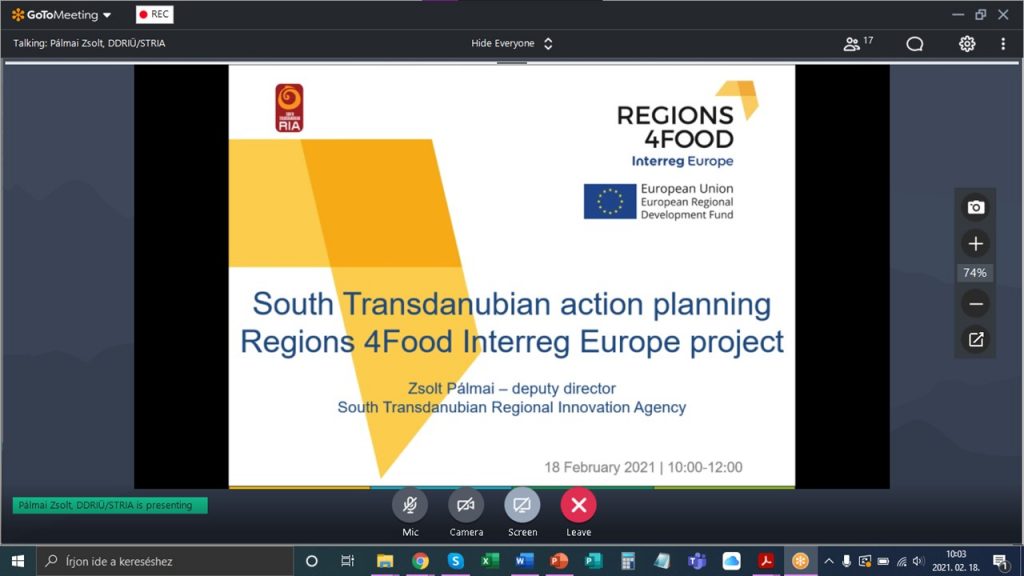 In the second half of the workshop, Sara Banchi, from the Italian Resolvo team gave a presentation on the possibilities of implementing the action plan. She first described the definition of the action plan itself and then discussed with the participants what it all meant in theory, and in practice. The expectations of the Joint Secretariat (JS) were also present and the factors, which are better to avoid. After that, she analysed the practical knowledge of preparing the action plan:

The end of the event was closed with an interactive whiteboard on which participants could write their questions and then discuss them in detail. 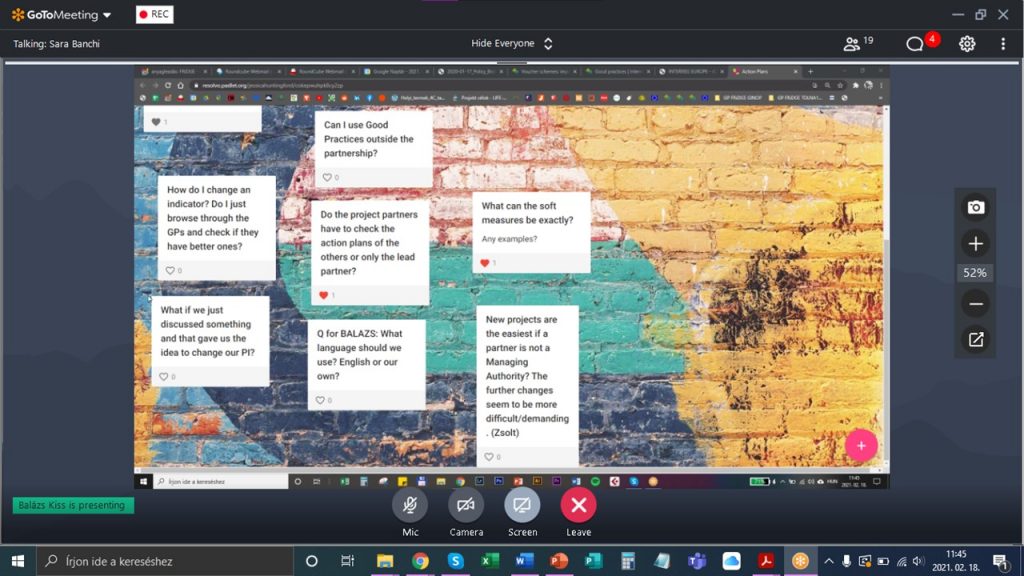