In November 2020 several online events were organized in the frame of the Regions 4Food Interreg Europe project. Two of these were coordinated by South Transdanubian Regional Innovation Agency (hereinafter: STRIA) for its Hungarian partners. Axia Group Zrt. provided assistance in organizing both events.

The second communication dissemination event of the project took place on the afternoon of 4th November, with a short presentation by three invited speakers. Mr. Zsolt Pálmai, Deputy Director of STRIA, opened the program with a presentation on the Regions 4Food project and the actions that were selected during the action planning.

The presentation of the lecture can be viewed:Regions 4Food rendezvény_HB_TJ_SZIE

The presentation of the lecture can be viewed: Digitalizáció a magyar mezőgazdaságban_VT_Consolidity 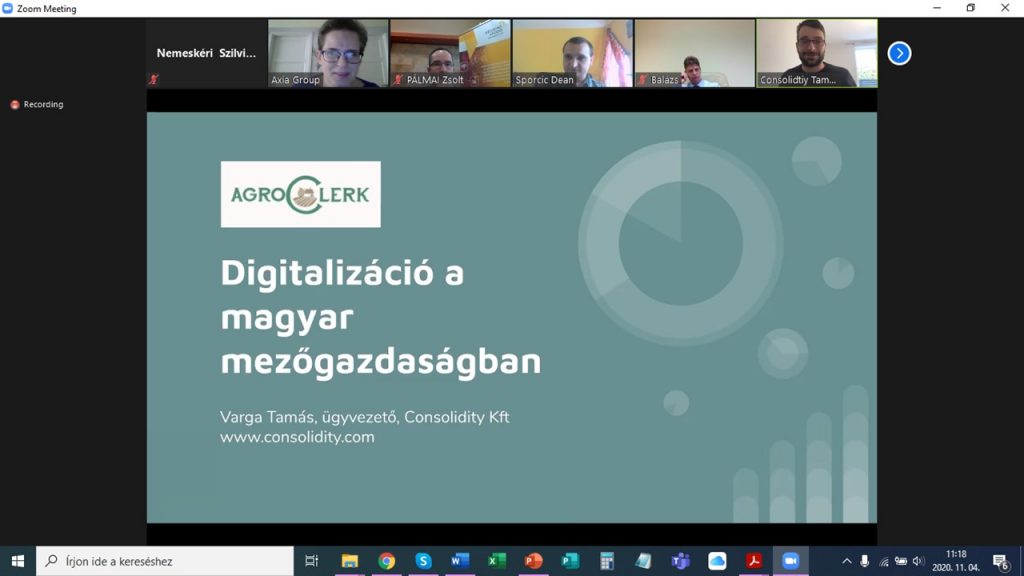 Another event organized by STRIA was the 5th stakeholder meeting held on 24th November. This event was also opened by Mr. Zsolt Pálmai, deputy director of STRIA, where he briefly presented the peer review processes of the project. Consultations with four partners (Regional Government of Andalusia – Spain, Region of Pays de la Loire – France, Province of Limburg – Netherlands, University of Applied Sciences Seinajoki – Finland) helped to develop the action plan even more precisely. 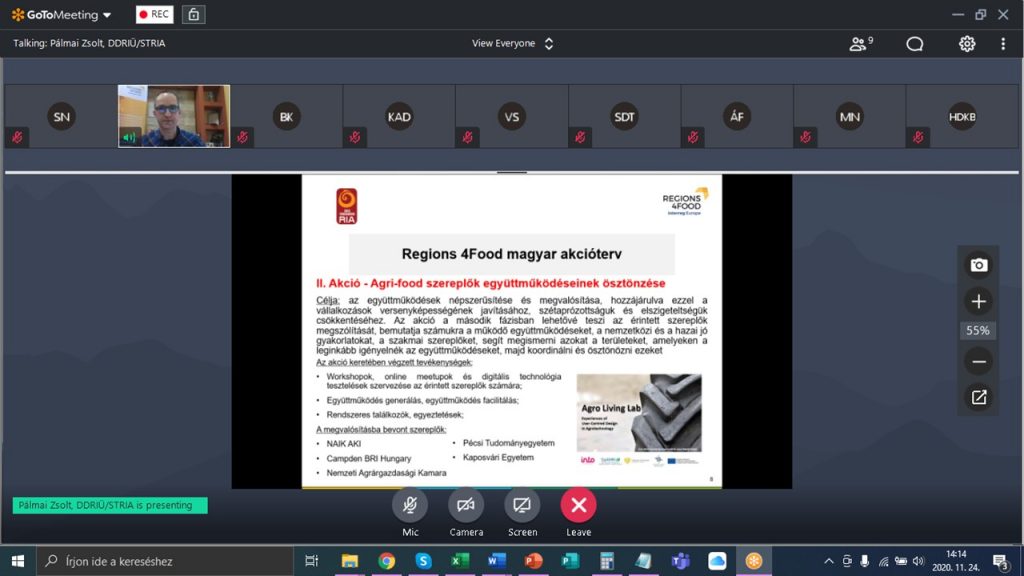 In the second half of the meeting, Mr. Balázs Kiss, the managing director of the Tolna County Development Agency, and his colleague, Ms. Veronika Szabó presented their FRiDGE Interreg Europe project, which can be closely linked to Regions 4Food. FRiDGE deals with one of the most important aspects of the European food and drink industry: the competitiveness of SMEs. 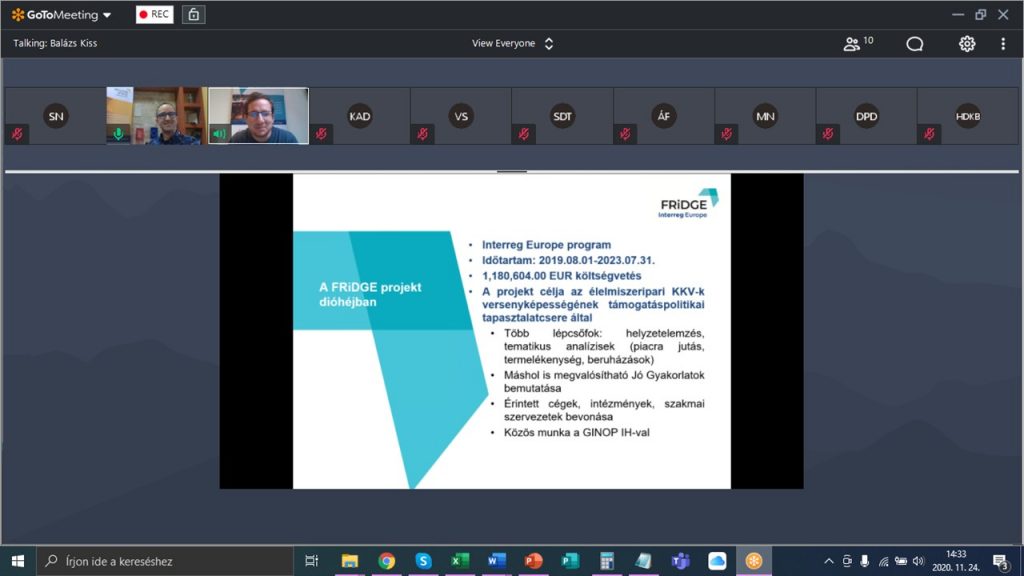