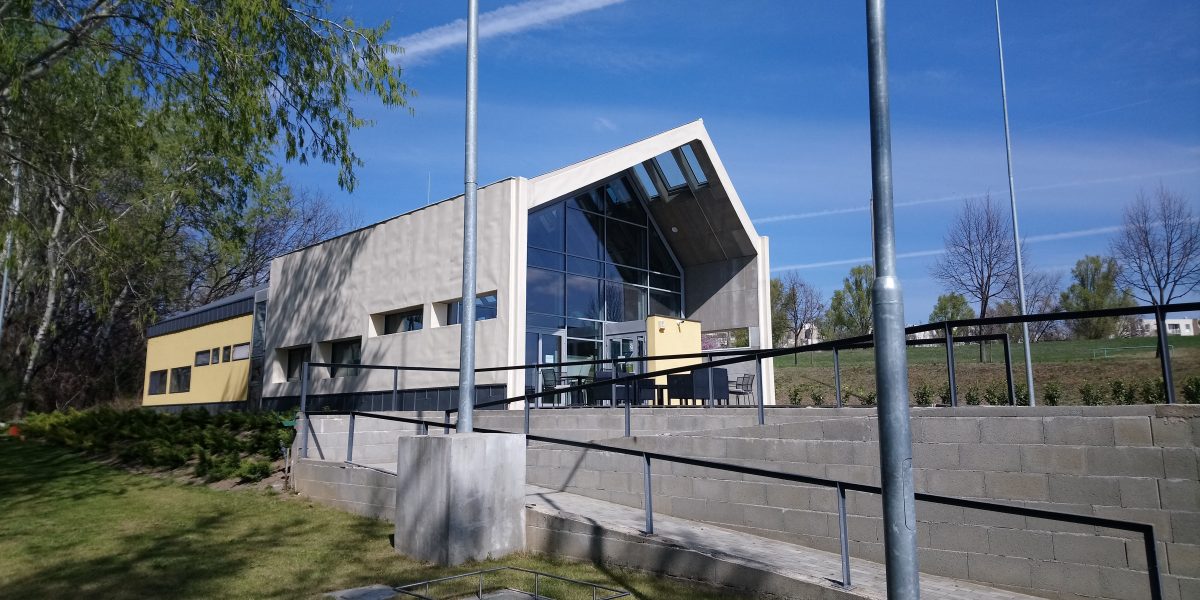 The SET-UP Interreg Europe project, co-financed by the European Union, supports the interregional exchange of experience on smart grids to promote the more widespread use of smart meters, as well as additional energy solutions (local electricity generation, power consumption that takes into account the energy consumption of daylight, etc.). The so-called smart grids thus created can not only create a balance between the supply (producers, power companies) and the demand side (households, enterprises, public institutions) of electricity: these grids also affect the energy awareness of the population in the concerned areas.

The first three-year period of the project is ending on 31 March 2019 and this serves as a platform for the exchange of experiences, awareness-raising actions and investments from various European regions on smart grids. The Hungarian partner of the project, the Tolna County Development Agency, uses this experience to formulate and influence the Environment and Energy Efficiency Operational Program (EEEOP), while at the same time aims at promoting smart metering and supporting the deployment of smart grids.

In view of the above, Tolna County has given home to two events in March 2019.

In Paks, at the „Boiling Point Energy House”, the 6th stakeholder meeting or the 6th so called Local Energy Transition Supporters meeting of the SET-UP project was held, where the content of the Hungarian Action Plan that intends to influence the EEEOP was presented by Zsolt Pálmai, external expert of the Tolna County Development Agency. The Action Plan will be delivered between 1 April 2019 and 31 March 2021 and proposes the piloting of smart grids as those are not yet established in Hungary. This is to be delivered by the energy management systems of the district heating companies. The EEEOP Call for Proposals 5.3.2. provides for the development of networks related to the electrical operation of district heating systems, and by this way a pilot smart electricity grid can be realized by placing and connecting the smart meters. in the district heating grid. 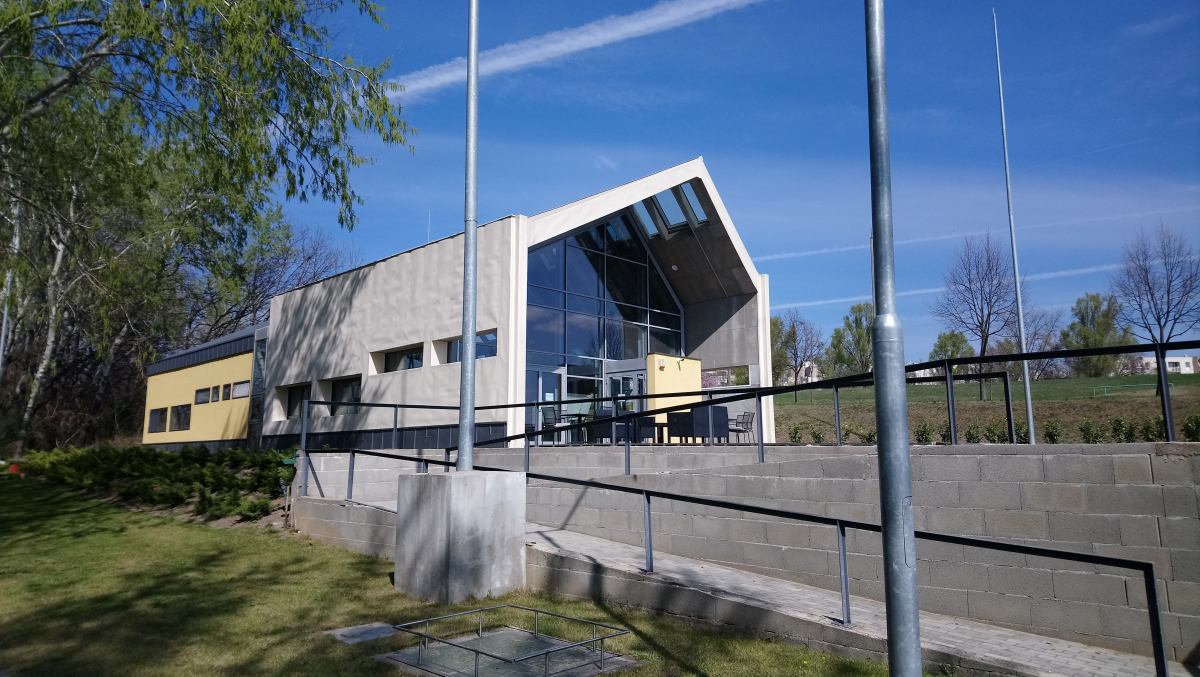 The Paks workshop provided dissemination opportunity for another project co-financed by the Interreg Central Europe Programme called „TOGETHER”, also focusing on smart metering. The project is based on transnational co-operation, the Municipality of Paks is the cooperating Hungarian partner, and the main project objective aims at the energy efficient operation of public institutions (local government, kindergarten, cultural centre, etc.), involving the users of the institution concerned at the same time. The most important achievements of the project were introduced on the so called Local Closing Event as the project is under implementation from 1 June 2016 to 31 May 2019. The main results were presented by Balázs Borkovits, external expert representing the University of Pécs. The other external expert of the project, Tamás Aradi, highlighted the training of the building operators in his presentation when he went into details of the training curriculum that was developed in the TOGETHER project. 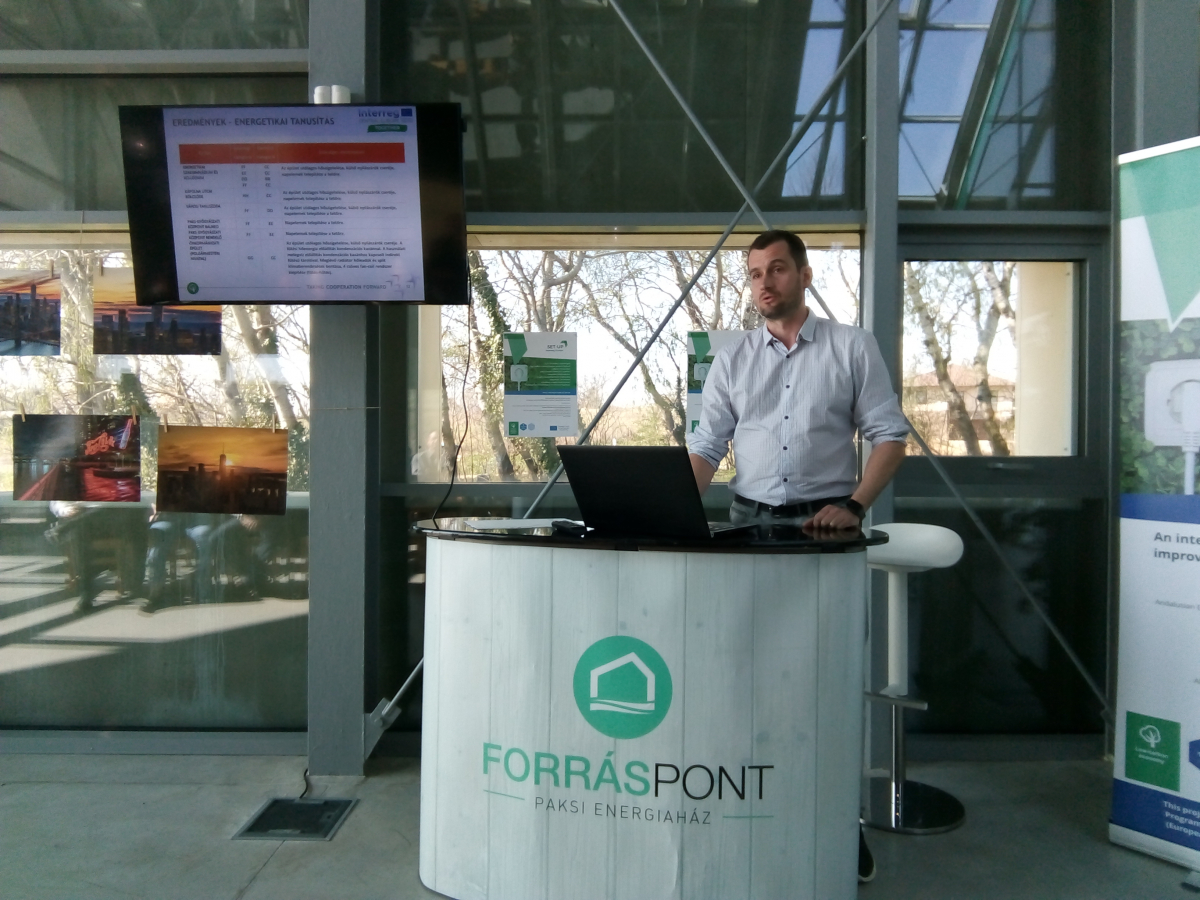 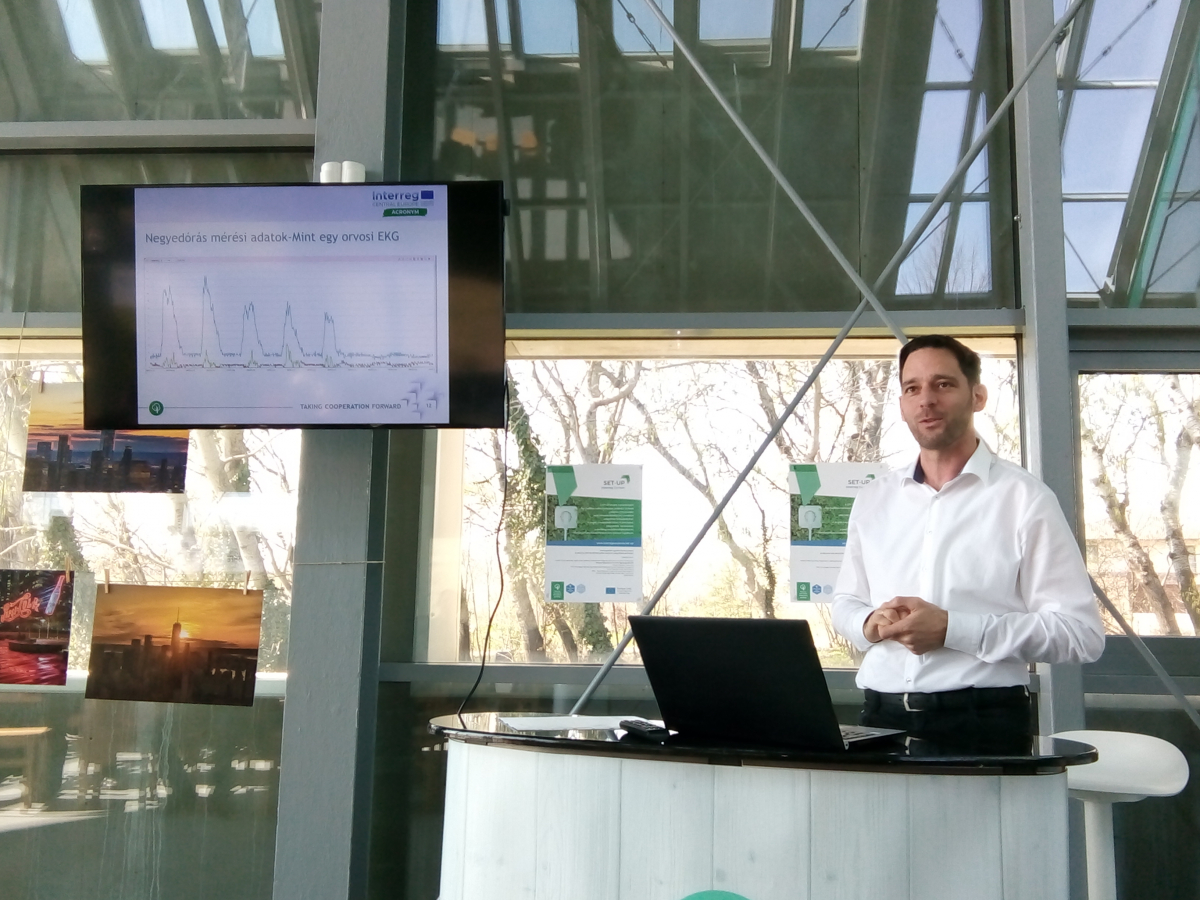 Following the three presentations, György Kozmann, founder of the Active Energy Association, briefly introduced the Boiling Point Energy House established by the Association with the use of EU funds, and highlighted the role of the House in awareness raising on energetics. 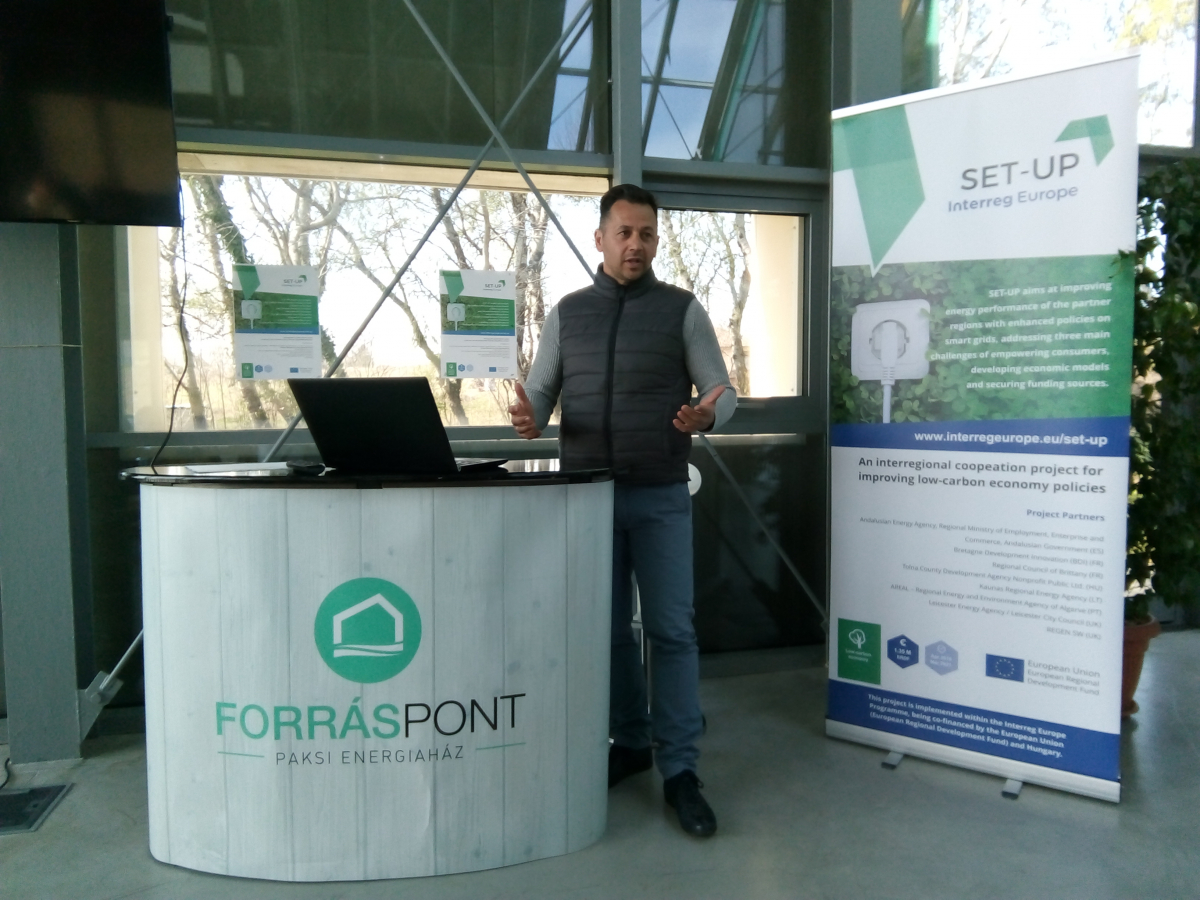 Besides the Paks SET-UP event, another project-related meeting was held in Szekszárd in March. Here, the information event of the SET-UP project called „Power4All” was organized in the building of the County Hall, also being hosted by the Tolna County Development Agency.

Róbert Bán, managing director of the Agency held a short presentation on the activities of the Agency, its currently implemented projects, and new projects approved for granting in the 4th Call for Proposals of the Interreg Europe Programme. The three new Interreg Europe projects have focus on the food industry, electric buses, and ecosystem management. Tolna County Development Agency is fully owned by the Tolna County Council, therefore its projects also contribute to reaching the regional development goals of the county. 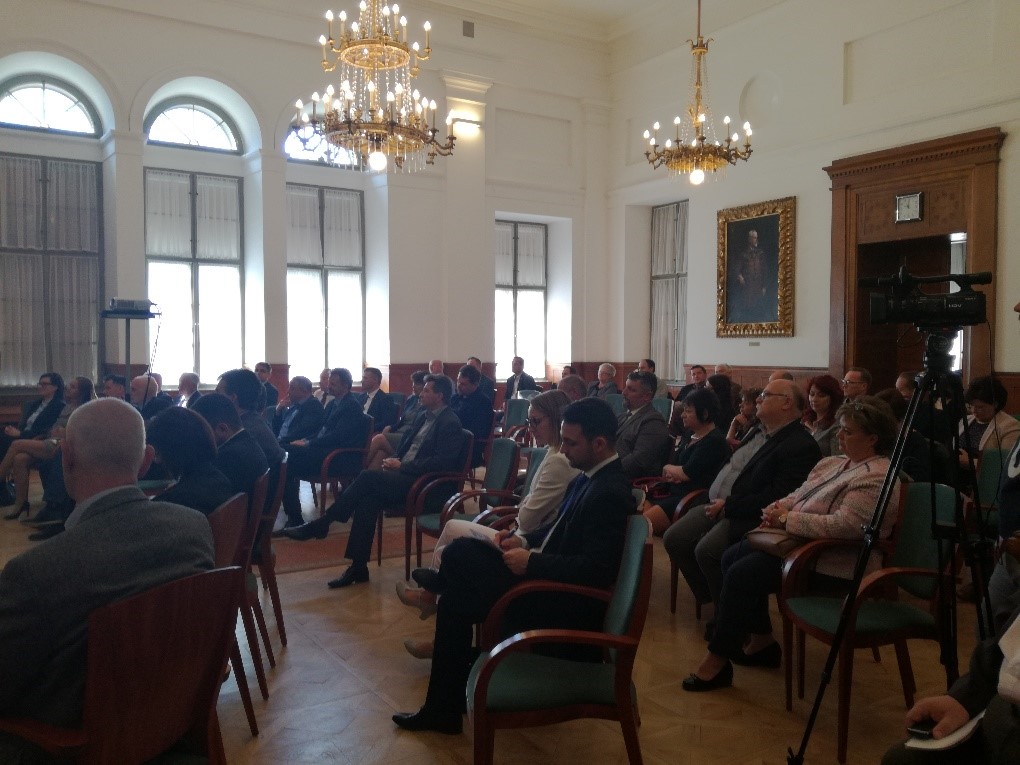 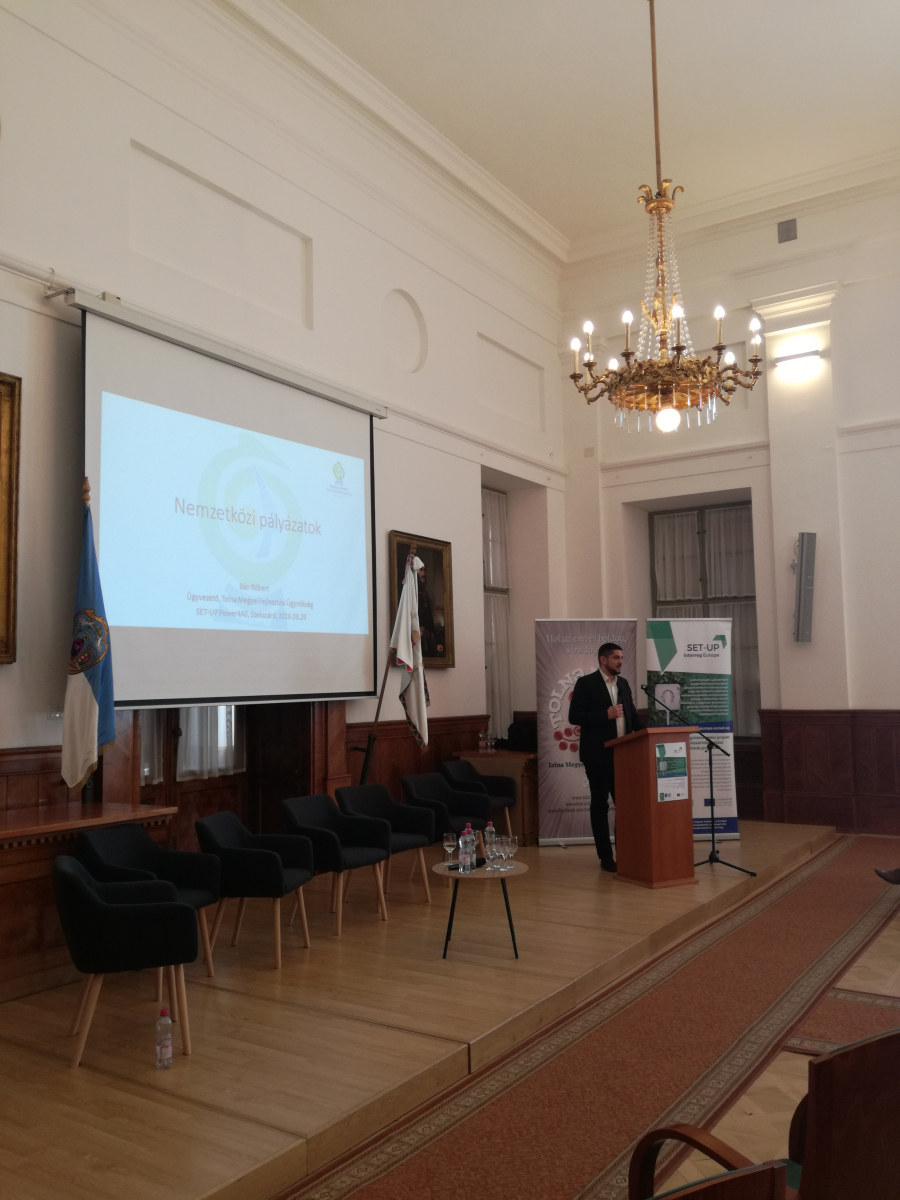 Following the company presentation, Balázs Kiss, project manager of the Agency briefly presented the goals and partnership of the SET-UP project to the audience, also the tools and opportunities of the Interreg Europe Programme for influencing the Hungarian operational program called EEEOP. The presentation highlighted the main results of project implementation on smart grids and smart metering: the changes made in cooperation with the Managing Authority in connection with the already mentioned EEEOP 5.3.2. call for proposals. Following that he introduced another project that is also currently implemented. The presentation of an energy efficiency focused BOOSTEE-CE Interreg Central Europe project targeted the municipal sphere, as this transnational project deploys 3D energy management system (you may try it here: https://oneplace.max.si/3d) and delivers some tangible applications of smart metering for municipalities, and has pilot actions in the Town of Tolna within Tolna County as well. 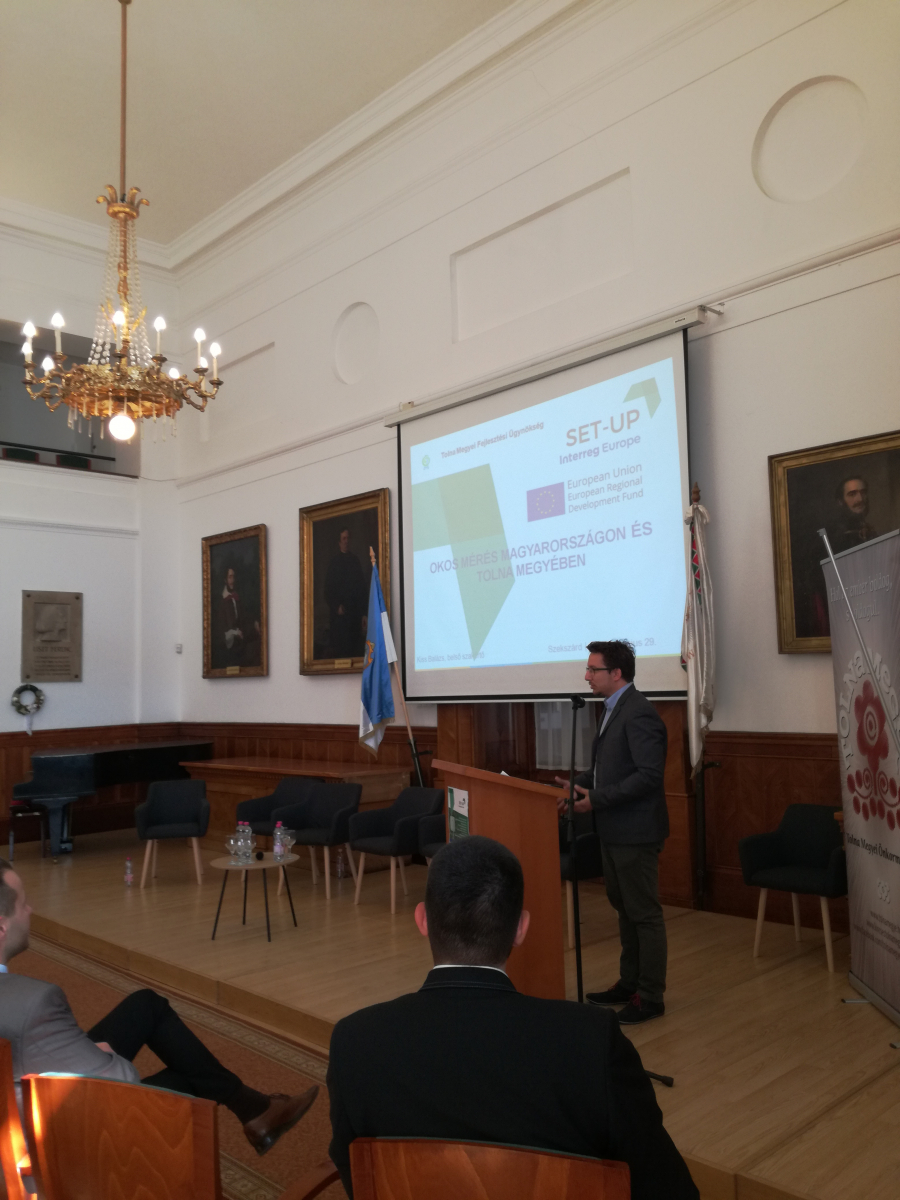 To learn more about the SET-UP project

Continuous information on the results of the project can be found on the http://www.interregeurope.eu/set-up/ English website.

The SET-UP project is co-financed by the European Union, the European Regional Development Fund and Hungary within the INTERREG EUROPE Programme.